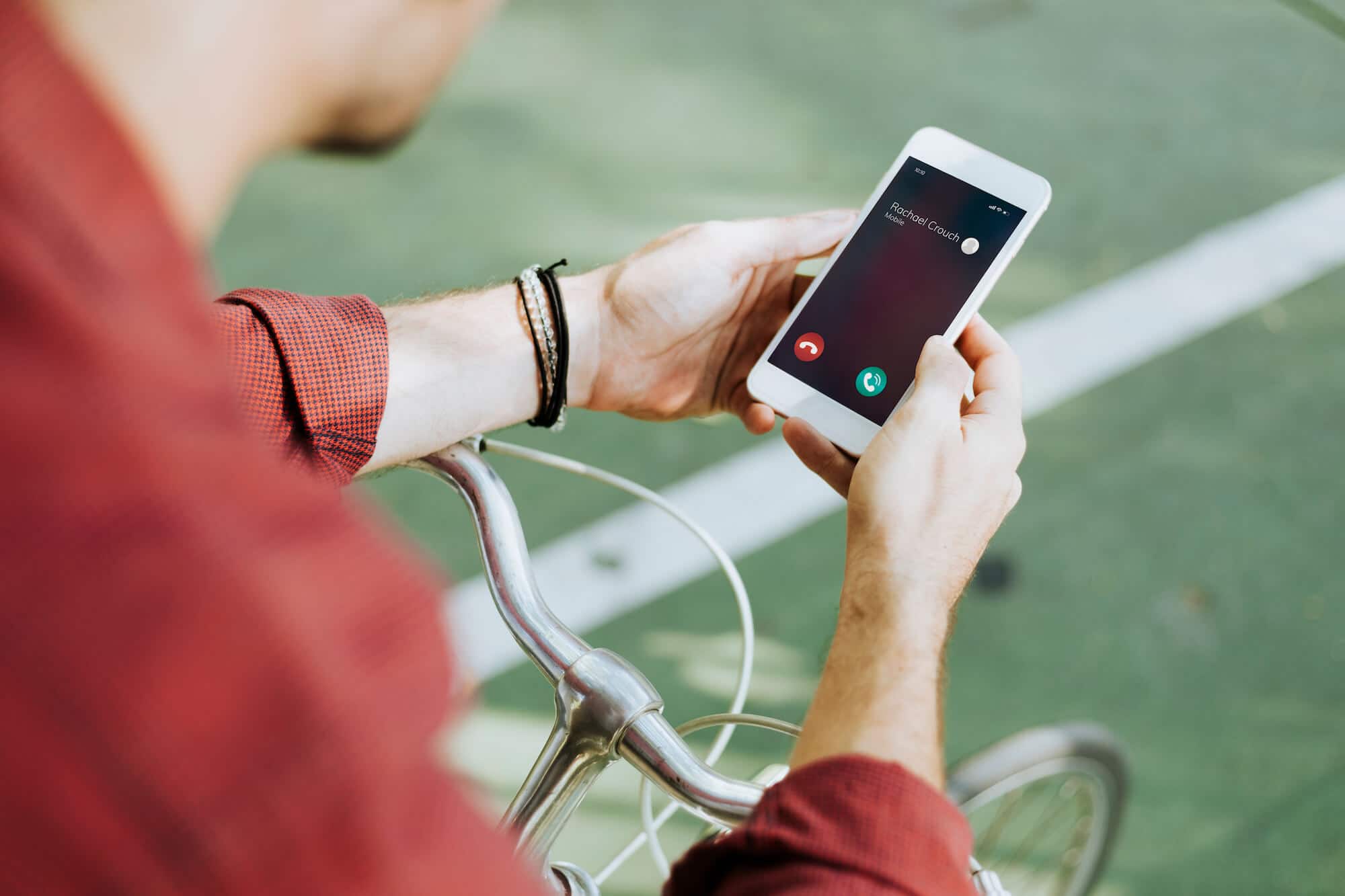 The number of spam from robocalls is increasing every year in the USA. And according to the latest statistics, Americans received more than 60 billion unwanted calls in 2019 alone. So, expect more than that in 2022, and stopping telemarketing on cell phones is not that hard and complicated if you follow the right tips and tricks. Yet, getting spam calls from telemarketers and scammers all the time is frustrating.

That becomes complicated, especially when you see another new number that calls, you block it, and another number pops up the next day.

Now, here is how you can stop the annoying calls on your mobile phone. Try the first options and that will eliminate the majority of these unwanted calls.

Many people think that Robocalls are out of control, and that’s somehow true. But there is always a solution to fix a problem. And the first recommended way is The National Do Not Call Registry website.

That can help to reduce the number of Robocalls you receive on your mobile number. However, it’s not true that they’ll remove all the spam calls completely. In fact, users still get robocalls from organizations, charities, political groups, and campaigns, and so on. So, it’s not the end of these automated phone calls if a user just adds his number to this database. But, it’s worth it in terms of service.

To successfully report a spammer number, visit the official website https://www.donotcall.gov. And then, fill in the form by describing exactly what the robocall was about, and make sure you add the category of that call.

Actually, there are many robocall blocker apps for iOS and Android devices. So, try one from the following list. But first, it’s your own responsibility to verify the review about each app and only install it after checking other details like their website. There are millions of apps for mobile devices and things can keep going well for a time. And then, the app may be abandoned and even be out of date which will slow down your smartphone and make things worse.

For that reason, verify that the Robocall blocker app you want to install has thousands of reviews. In addition, make sure the tool has lots of installations. Moreover, you need to add the tool after checking that it has at least a few screenshots. That allows you to see how it works and what it offers as features, tools, etc…Some of these tools come with phone number verifications, and that can tell you for sure, who is the person behind that unknown caller.

Related:  How to Check if Emails are Suspicious and Safely Open them

This is a good application that allows you to automatically block telemarketers on any cell phone number. In addition to that feature, there is a huge directory index of spam numbers that others reported and added comments about. So, it’s also another way to identify the caller and see who it’s in reality and even see the transcript of that harassing Robocall you got recently.

Nomorobo for cell phones can be installed on Android and also iOS. It’s another solution to limit the number of robocalls.

Getting a recorded message on a mobile phone and not a live person is annoying. Nevertheless, adding a simple application that blocks that number is easier than dealing with complicated situations. Now, in order to stop robocalls on a Verizon cell phone, you can use this app. But you have to create an account on their website in the first step, then, block those unsolicited calls.

By using Truecaller, users can prevent future robocalls by blocking numbers automatically. The blacklist features make things work better, but it’s not always possible to detect all the new numbers that robocalls use. Hence, being one of the millions of others who report these nuisance calls is a good way to detect the bad ones and block them with one click.

A good feature that this app offers is detecting the robocall voice and comparing the pattern with others in the database. Which is a new feature that fights against robocalls because spammers may change the numbers but not their voice.

RoboKiller is another application everyone can install on iPhone or Android phones and block spammers and telemarketing calls. That being said, there is a database of one million numbers they have which is not enough to deal with the growing number of scammers who change numbers periodically. The app helps in rejecting mobile robocalls and those who spoof numbers.

Burner is another mobile app that helps to reduce robocalls by installing it on your device. It scans for possible spam IDs and blocks them automatically. Next time when the number calls, it will be blocked and never lets you deal with spammers again.

Related:  How to Verify Someone’s Phone Number and Know if it's Legit or Fake

The majority of the US wireless companies offer a free system that identifies and rejects automated phone calls by default. That’s what they can do at least, for now, to prevent spam on mobile and help their subscribers stay happy (even if that’s harder to achieve).

Version, AT&T, T-Mobile, and Sprint offer different solutions to fight fraudulent calls. And each one of these carriers has a mobile app or caller screen, let’s find out all their solutions:

Sprint Call screener that detects malicious robocalls and blocks them

Spring has a good app for blocking suspicious robocalls and unknown numbers. It works for free, but if you want more protection and other advanced options, there is a paid plan that costs $2.99 per month. In addition, to prevent telemarketing calls and spam, the carrier lets users know who the caller is, and see other details like the real name behind the number, etc.. (This basic service is free of charge for all the Sprint customers).

T-Mobile announced it’s a new version of the Name ID app for iOS users in November 2018. The same app was used by Android devices and it works by letting you choose who can reach you on mobile. There is an option to block callers with one click, and send them to your voicemail as an option. But honestly, it’s useless to send robocalls to your voicemail these days.

Name ID app by T-Mobile is a paid service that costs $4/month. And there are additional tools like a reverse phone lookup and others. Nevertheless, T-Mobile has other free call blocking tools for Robocalls that you can install from the Play Store or the App Store.

The first one is called Scam ID which identifies likely scam calls and shows them on the caller screen. So, you know for sure it’s now a good person. And the second app is called Scam Block and it allows you to block likely scammers before they call you. 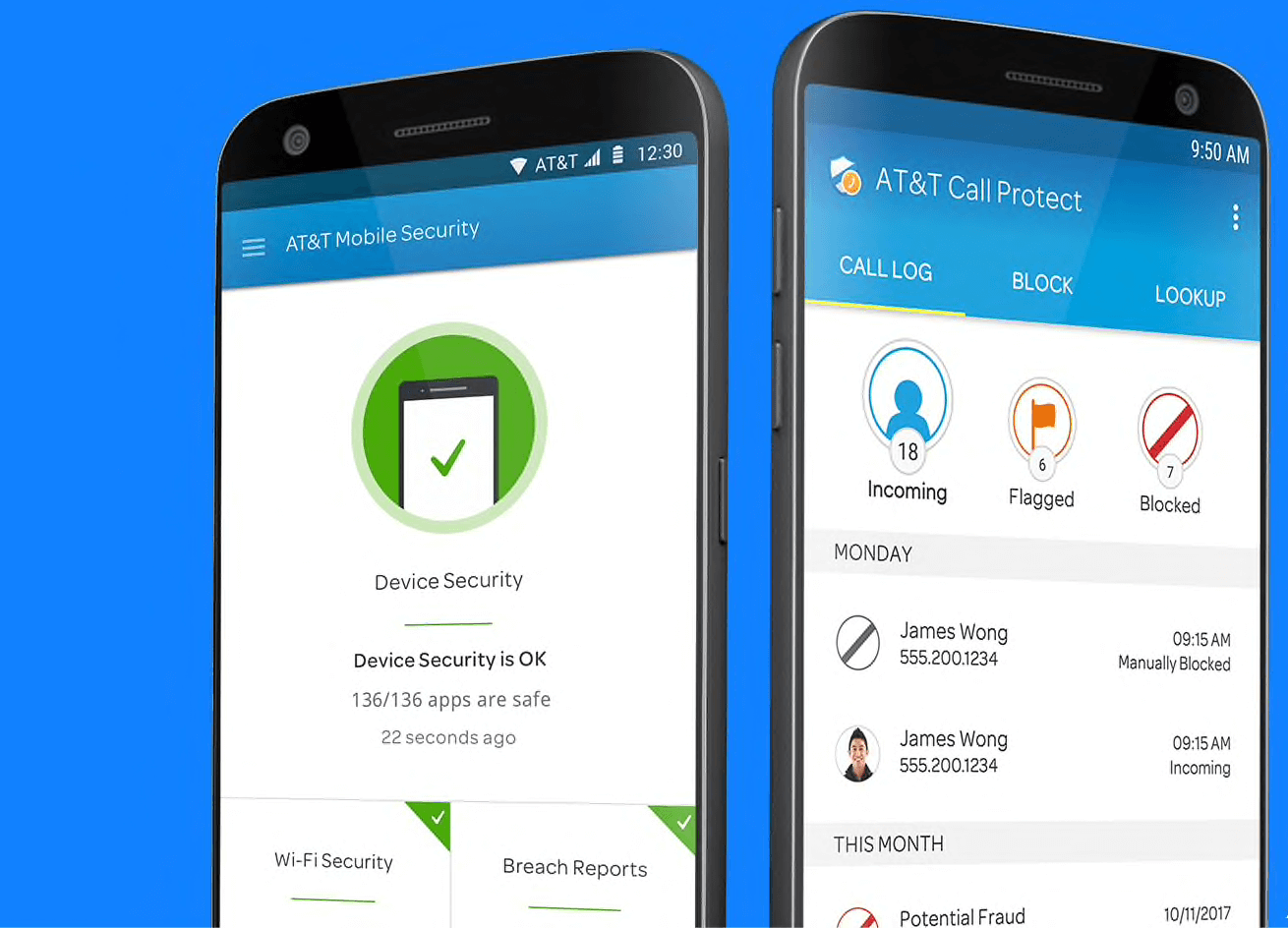 AT&T has an advanced app called Call Protect for iPhone and Android phones. It scans the phone numbers at the network level before they reach your smartphone. That gives you a red flag if the number is possibly from the person now for fraud or spam.

Related:  How to Call Someone who Blocked your Number: For Android and iPhone

Moreover, there is an option to send all incoming calls that are not on your contact list to voicemail. AT&T blocks fraud numbers automatically and that’s based on numerous factors that determine if the caller is likely a fraudster or not.

There is also nuisance call control and prevention. It gives a warning if the number is likely spammer and you can eject the call automatically and send it to the blacklist. Besides that, there is a free reverse phone lookup tool. Thus, you know for real who the caller is without paying an extra charge.

AT&T offers another security solution and when working with this app. It will be one of the best solutions to stop unwanted cell phone calls these days. The free plans come with basic protection and the Plus premium plan costs $3.99 renewed on a monthly basis.

How to prevent spam calls on mobile

It’s not the time to find how telemarketers got your cell number and now they automate spam calls. If they have your details, they’ll keep using that number over and over again. Even if you block them, spammers will use another number or just sell databases of millions of contact details to other companies.

So, to prevent robocalls on a cell phone, it’s always crucial to be the person who protects his details from being scraped or found online. Make sure you keep your number private, never add it in comments or posts on social media sites like Facebook or others. Search engines like Google can access this information and personal details. Then, when someone wants to find your cell number, he can find it online and the unsolicited calls start from there.

Reporting robocalls on mobile numbers is easier with the latest apps and innovations. But once a telemarketing company gets your number, it will sell it to another organization and the list will never end up. That’s why protecting your phone number from being listed online is the first step and the most important prevention against getting robocalls from spammers.

Tekping writing staff is a team of experienced writers in different domains like Technology, social, media, web safety, and online sites. We carefully research our guides and we invest a lot of time to create the best article for our site visitors.

Disclaimer: It is prohibited by law to use any of the services listed on this site or the information they provide to make decisions about consumer credit, employment, insurance, tenant screening, or for any other purpose subject to the Fair Credit Reporting Act, 15 USC 168 et seq. (“FCRA”). The sites listed herein are not consumer reporting agencies and do not provide consumer reports.